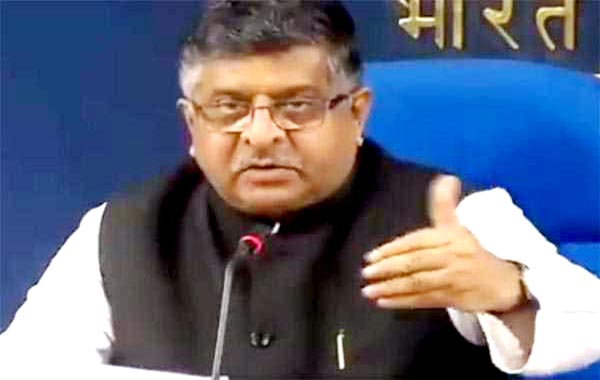 New Delhi, As part of toughening punishment for those convicts of rape of girls below 12 years and also under 16, the Union Cabinet, chaired by Prime Minister Narendra Modi on Wednesday approved to introduce the Criminal Law (Amendment) Bill, 2018 in the Parliament’s Monsoon session, which began on Wednesday. The draft bill prepared by the Union Home Ministry proposed death penalty for those convicted of raping girls below the age of 12. According to the draft bill, the convicts of raping girls under the age of 16 years, the punishment has been increased to 20 years from 10 years. This may extend to life imprisonment, which means the convicted person should spend whole life in prison Briefing the Cabinet decisions, Union Law Minister Ravi Shankar Prasad said that once the bill introduce in the Monsoon Session, it will replace the Criminal Law (Amendment) ordinance. The Central government promulgated the ordinance on April 21 following outrage against Kathua incident, where a eight-year-old girl was allegedly gang raped and murdered and the rape of a 16-year-old in Uttar Pradesh’s Unnao. While in Kathua, the Jammu and Kashmir Crime Branch arrested eight men, in the Unnao rape case, the CBI charged 10 persons including BJP MLA Kuldeep Singh Sengar and his brother. The draft bill also proposed to increase the minimum punishment for rape of a woman to be 10 years from seven years of rigorous imprisonment, and it can also extend to life imprisonment. The bill says if the victim is below 12 years and gang raped, the punishment will be jail term for the rest of life or it will invite death penalty. Likewise, gang rape of a girl below 16 years also will be awarded life imprisonment.The Criminal Law (Amendment) Bill, 2018 also proposed stringent and speedy steps for investigation and trial. While it proposes that investigation should be completed within two months in all the rape cases, the trial should also be mandatory completed within months. The bill gives six month time limit for the disposal of the appeal in rape cases.