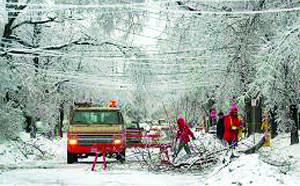 Agencies, Mumbai Capharnaum,a multi-award winning film which centres on the subject of mistreated street kids and illegal immigration,is slated to roll out in Indian theatres on June 21. Directed by Nadine Labaki,who herself is a seasoned actress,the arabic flick is weaved around the 12-year-old boy Zain who files a law suit against his parents for giving him birth when they can’t raise him properly. According to the Film’s Indian Distributor Ashwani Sharma, "Even a cursory look at the film’s images will give you a feeling that though the film had been shot in Beirut but it looks like any big city in India and even the faces resemble our countrymen. It looks like any street in Mumbai or Delhi." Capharnaum first shot to prominence when it was awarded the Grand Jury Prize in Cannes 2019 and later on went on to be nominated in the Best Foreign Language Film (Lebanon) category at the Academy Awards or Oscars 2019, release said. Director Labaki deliberately chose non-professional actors as they were suffering the very hardships in the real life which is portrayed in the internationally-acclaimed celluloid. "We are very hopeful of a stupendous response to the film particularly after Capharnaum clocked in unbelievable USD 50 million plus in China last month," exclaimed Mr Sharma.