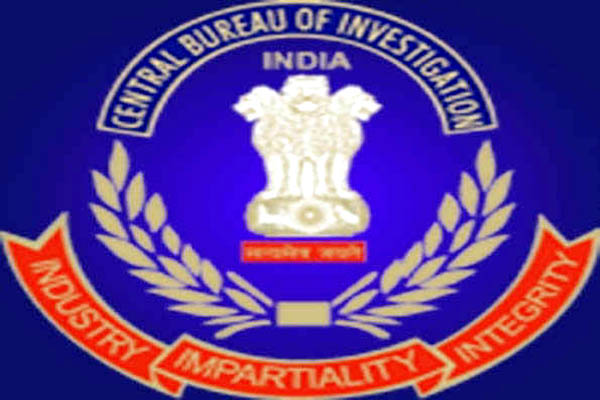 Lucknow, The CBI team has reached here at its zonal office with Unnao rape victim and her family members for her medical examination. In the row of Unnao rape case CBI team has reached here at CBI zonal office with rape victim and her family members for her medical examination. The rape survivor had alleged that Bharatiya Janata Party (BJP) legislator Kuldeep Singh Sengar and others gang-raped her. Official sources here said that survivor, along with her family, was brought to CBI Lucknow office from where she will be taken for her medical examination. The victim was accompanied by her mother, sister and uncle. After the medical examination, the CBI can interrogate the victim also. The investigative agency has lodged three cases till date into the matter and had interrogated main accused BJP MLA Sengar for 16 hours yesterday following his medical examinations. The victim's uncle has alleged that Unnao administration was trying to save BJP MLA. The agency will appeal for transit remand of Sengar in court on Saturday. State government had recommended for a CBI inquiry into the matter which was approved by the Centre. After taking over the case, the CBI took the accused MLA into custody at around 0430 hrs on Friday. The Allahabad High Court had also firmly instructed to arrest the accused MLA. A Division bench of Chief Justice D B Bhosale and Justice Sunit Kumar had ordered that custody of accused was not apt and that he should be arrested immediately and instructed to file the report till May 2. The state government had formed a special investigation team led by Additional Director General of Police Lucknow Zone Rajeev Krishna, which had filed its report to government following which cases were lodged against accused MLA under POSCO act and other relevant section of IPC on April 11. CBI is probing the death of survivor's father along with her rape case. According to police, the incident occurred on June 4, 2017 late night but the survivor had not mentioned the name of MLA in front of magistrate. The matter caught attention of media when the girl tried to immolate herself in front of the Chief Minister's residence last week. Following that, an SIT was formed and based on its report, cases were lodged against MLA in Makhi police station of Unnao. First report into the matter was filed on June 30, but the survivor left Unnao with her uncle and left for Delhi the same day. Rape victims uncle alleged that his brother was being pressured to take the case back and when he refused, false cases were lodges against him. He was beaten in police custody so badly that he succumbed to his injuries in hospital during treatment. Chief medical officer and medical officer on emergency duty were suspended and departmental inquiry was initiated against three doctors as father of rape victim who died during treatment did not get proper treatment and was not examined before being jailed. Opposition parties have launched fierce attack on BJP government here and the issue was raised during party president Amit Shah’s visit here on April 11. The matter was handed over to CBI after Mr Shah’s visit. While in an address to media CM Yogi had said that accused MLA will be arrested and law and punishment is for everyone equally. There is rule of law in state, he pointed out.