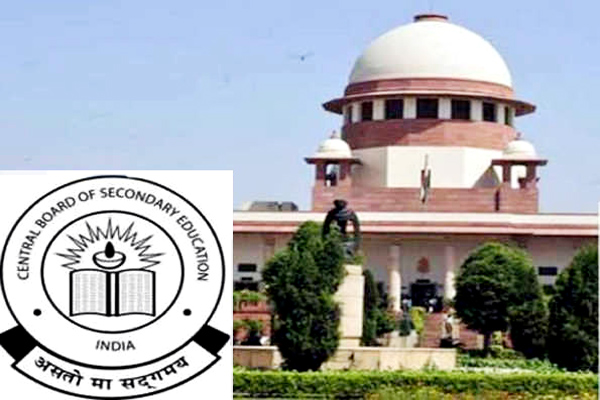 New Delhi, The Supreme Court on Wednesday dismissed all the five petitions. -- filed by aggrieved CBSE students and parents -- seeking CBI inquiry into the alleged CBSE paper leak scam case. A division bench of the apex court, headed by Justice SA Bobde and also comprising Justice L Nageswar Rao, dismissed all the five petitions, in the light of CBSE’s decision on Tuesday not to hold Maths paper again for class X. "We don't consider it as part of jurisdiction of this court to see if question papers have been leaked," Justice Bobde said while dismissing one by one petitions which had come up for hearing on Wednesday. The top court dismissed all the five petitions, after the Central Board of Secondary Education (CBSE) notified that it will conduct reexamination of class X maths and class XII economics examination. The Apex Court said that the decision on re-examination is up to the CBSE, the Court can’t decide the writ petition on the matter. Three of the petitioners, out of a total of five, were: Alakh Alok Srivastava, Rohan Mathew and Reepak Kansal. Lawyer, Srivastava, had filed the petition last week before the Supreme Court seeking a CBI (Central Bureau of Investigation) inquiry into the alleged CBSE paper leak scam case. The lawyer, in his petition, also sought a compensation of Rs one lakh each to class XII students (who had given the examinations) for the mental agony, mental stress and inconvenience caused to them. The petitioner, in his petition, also sought a direction from the Apex Court to re-conduct the entire examinations to avoid any difficulties to these students.Other petitioners had also similar prayers, which were rejected by the top court on Wednesday.