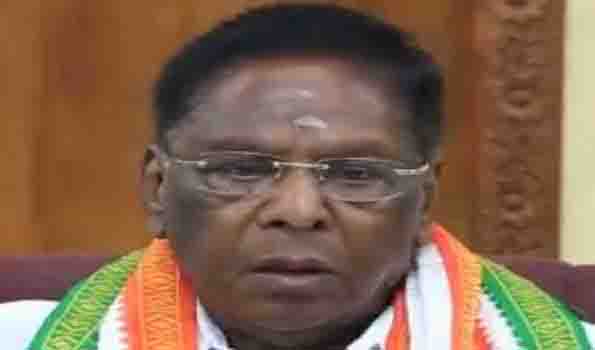 Puducherry, Chief Minister V Narayanasamy on Saturday alleged that the Central Government had failed to control the violence in Northeast Delhi in which 42 people were killed and more than 200 people injured. He said the NDA government had also failed to implement any of the schemes announced by it and the CAA was brought to divert the attention of the people which caused widespread violence in different states. Talking to news persons here, Mr Narayanasamy alleged that the RSS and BJP volunteers from different places armed with knives and iron rods attacked the peaceful agitators for opposing Citizenship Amendment Act (CAA).Police failed to initiate any steps to control the violence and their statement that they did not receive any instructions in this regard clearly shows the violence was pre-planned and instigated by those in power at the Centre. The Chief Minister said that he had submitted a memorandum to Vice President M Venkaiah Naidu who visited Puducherry two days back seeking to provide 25 percent reservation for local students in all courses at the Pondicherry University.Mr.Naidu, the Chancellor of the University agreed to do the needful, he said.