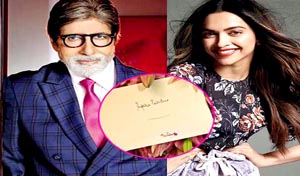 India has made another leap in the space by launching Mission Chandrayan-2 on 22nd July from Sriharikota at 2.43 noon. After a 48 day journey in Earth and Moon orbits it will make a soft landing at the South Pole of the Moon on September 7. India is 4th country to explore Moon by putting space craft on its soil. Earlier America, Russia and China had sent their space vehicle there. But India is first in sending its Chandrayan-2 at the South Pole that is still untouched. The main aim of Chandrayan-2 is to assess the quantity of water on the Moon. India’s Chandrayan-1 has established the presence of water on Moon. The Chandrayan-2 will also locate minerals and its spread out and chemicals. The American Space Agency NASA has included its Passive Payload in the Indian Yan to determine exact distance been the Earth and Moon. From July 22 for 17 days it will remain on the Orbit of Earth and will move around the Earth planet for 4 times and 22nd day it will move into Moon orbit. The first life on the space was sent by Russia was a bitch “Laika” and it returned to Earth alive, safe and in good health. The first Human on Moon was sent by America in the team of three. The first step in Moon soil was of American Astronaut Neil Amstrong. There after many went into space. India’s Kalpana Chawla of Ambala along with 13 other lost in space in the spacecraft blowing in the space. All the nations under the UN initiative has decided that no one specially the space exploring nations would not claim or establish its rights and sovereignty in space. The space is the property and possession of the entire world. The Chandrayan launch was withheld on the due to some snag. It is also a fete of ISRO scientists that they corrected at within five days and launched on 22nd July. It will remain on Moon surface for a year. The biggest problem on Moon is that it has no air. Two human being cannot talk to each other without the help of laud speaker. The space science has established that sometime due to some collision a part of Earth was broken out and that is the Moon.  The Solar system out of 9 planets 7 are formation of gas and only Earth and “Mangal” has soil and surface. It is scientifically considered that “Mangal” is like Earth and it is yet to be explored to that extent to came to certain exact conclusions. It is also considered that “Mangal” was also part of Earth and got separated to its own identity.