Children should be exposed to classical music at a tender age: Dr Charu Kapoor 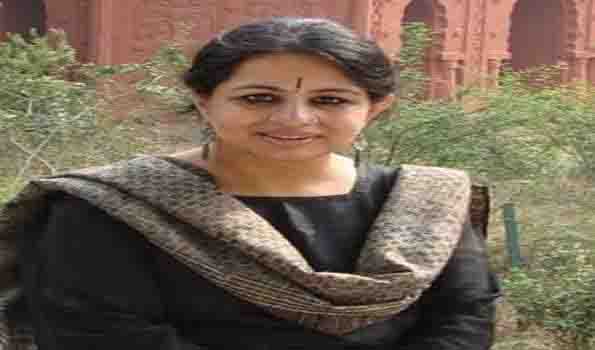 New Delhi,  Music appreciation clubs should be started right in schools so that younger generation gets exposure to the classical form and they appreciate it, says vocalist Dr Charu Kapoor. Talking to UNI, Dr Kapoor who is Visharad in Hindustani classical (vocal) and have been disciple of Dagar brothers and Savita Devi, said, 'Indian classical music will have to be innovated to change with the times, so as to keep it alive.' Dr Charu who sings ghazals, Sufi, bhajans, timeless songs and also poetry, has a poetry page "Kuchh-Ehsas" and writes in Ganga-Jamuni tehzeeb.”

Asked whether the contemporary pop or Bollywood music is stealing the sheen of heritage and culture of classical music, Dr Kapoor said, 'Since I teach in Delhi University, I deal with the young minds and I feel that in this fast paced world, with all kinds of pressure, they want to chill out with hip hop or EDM and not go for anything serious like classical music.' Dr Kapoor, who has been performing since the age of 16, when asked about major changes she has seen in the field, said, 'There’s also been a huge technological leap. 'My first stage performance was at the age of 6, when I sang "Ek pyar ka nagma hai" from the film "Shor". My formal training in classical music started from the age of nine.'

'Yes there's a huge leap in technology, it has invaded music as well. Now, with technology, non- singers have also become singers,” she said. On how has the internet changed the profession of music, Dr Kapoor said, 'Internet has made you accessible to the world. Now your videos can go viral, thanks to technology.'
Describing life performances as more enjoyable, the versatile singer said, 'Live performances are very enjoyable as you get instant feedback from the audience. They start clapping at the foot tapping numbers and get emotional on a sad song or ghazal.' On what makes a classical tradition contemporary, she said, 'Rather than being a purist, go for rag based ghazals, Sufi, bhajans etc, keeping the purity intact, yet being contemporary.' Dr Kapoor’s poem ‘Amaltas’ is the winner of Wordsmith Award 2019 by Asian Literary Society.