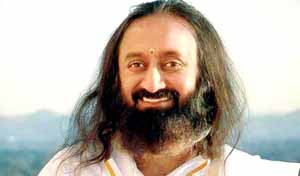 Beijing,  Opposing the escalation of trade war with United States, Beijing on Monday said that it is ready to continue consultations with the Washington to overcome contradictions. "China strongly opposes trade protectionism and blockade in the field of new technologies. China is making efforts to ensure the integrity of production chains, we are ready to resolve the existing problem through consultation and cooperation, we strongly oppose the escalation of trade war", Chinese Vice Premier Liu He said at the opening of the international exhibition Smart China Expo on Monday. The statement of Liu, who led the Chinese delegation at all trade negotiations with the United States, comes amid the acute trade conflict between the world's two largest economies. On Friday, the Chinese State Council said tariffs ranging from 5 to 10 percent would be applied to USD 75 billion worth of US goods, with some taking effect on September 1 and others on December 15, Sputnik reported. A 25-percent duty will be introduced on US cars. Later on Friday, US President Donald Trump said that Washington would raise the existing tariffs on $250 billion worth of Chinese goods to 30 percent from the current rate of 25 percent starting October 1. In addition, the tariffs would be raised to 15 percent from 10 percent on $300 billion worth of Chinese goods starting from September 1.