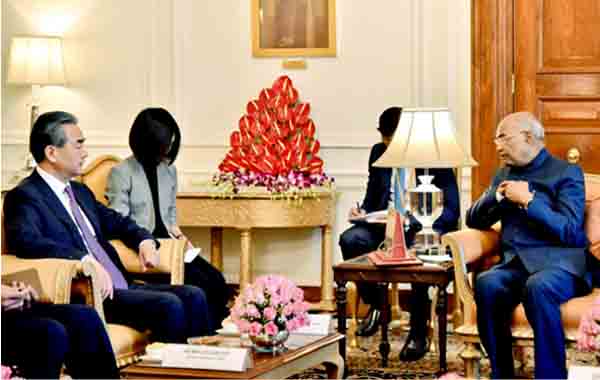 New Delhi, Chinese Foreign Minister Wang Yi on Friday called on President Ram Nath Kovind at the Rashtrapati Bhavan here. Welcoming him, Mr Kovind said relations with China were an important part of India’s foreign policy. As two major countries, expansion of cooperation bilaterally as well as regionally and internationally was in mutual interest. ``India looks forward to its continued engagement with China for further strengthening of bilateral relations based on mutual trust and understanding, and with due consideration to each other’s concerns, aspirations and sensitivities,’’ he said on the occasion.