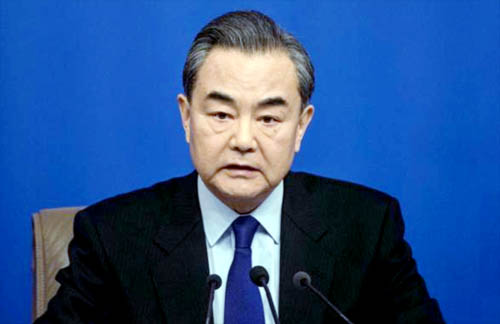 New Delhi, Chinese Foreign Minister Wang Yi will be arriving India on a four-day visit on Friday, according to official sources here. The dignitary will call on the President Ram Nath Kovind at Rashtrapati Bhawan and later participate in the first meeting of the High Level Mechanism on People-to-People Exchanges. There are possibilities of Signing of MOUs as well.The meeting will be co-chaired by the External Affairs Minister Sushma Swaraj and her Chinese counterpart. The decision to establish the India-China High Level Mechanism on Cultural and People-to-People Exchanges was taken during the maiden Informal Summit between Prime Minister Narendra Modi and President Xi Jinping in Wuhan in April 2018. "The High Level Mechanism reflects the desire on both sides to build greater synergies in the people-to-people ties between the two countries through enhanced exchanges in areas such as tourism, art, films, media, culture, sports and academic and youth exchanges," a MEA source has said. Mr Wang Yi will also participate in the 3rd India- China High Level Media Forum Inaugural Session. Later in the evening, the Chinese Minister will grace the launch of the India-China Film Festival Pravasi Bhartiya Kendra here. During his stay in India, the dignitary will visit Aurangabad and Mumbai in Maharashtra, sources said.