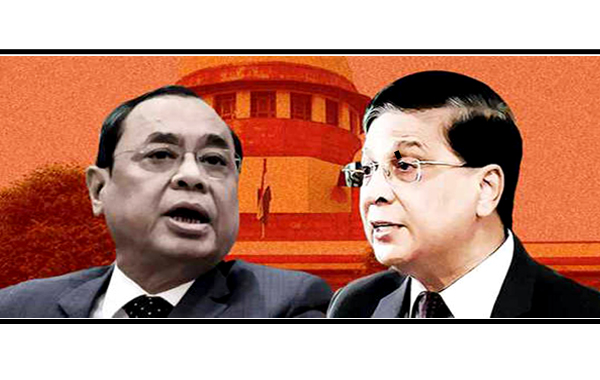 New Delhi, Following the tradition, Chief Justice of India Dipak Misra on Tuesday sent the letter to the Central government recommending the senior most Supreme Court judge Ranjan Gogoi as his next successor. Justice Gogoi, had created a stir in the corridors of the judiciary, when he along with three other judges had held a press conference earlier this year and revolted against the CJI Misra, for allocation of various cases to "select" judges. Justice Gogoi, born in 1954, and was appointed as a permanent judge of the Guwahati High Court on February 28, 2001, and elevated as a Supreme Court judge on April 23, 2012. Justice Misra retires on October 2. As per the rules, the Law Minister asks the outgoing CJI to recommend the successor. By convention, senior most judge is appointed as the CJI.