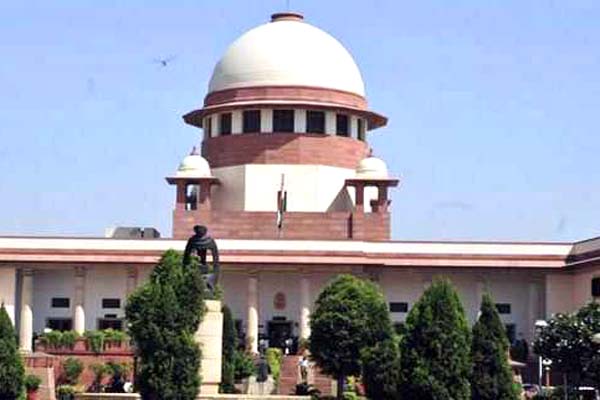 New Delhi,
The Supreme Court on Friday agreed to examine a petition of former Union Law Minister and senior counsel, Shanti Bhushan, seeking to regulate the Chief Justice of India's administrative discretionary power to constitute benches and allocate important cases. A division bench, headed by Justice Arjan Kumar Sikri and also comprising Justice Ashok Bhushan, said, it was prime facie not possible to entrust distribution of cases to a collegium headed by the CJI but it is open to devise a mechanism to make it more transparent and fair. Appearing for Mr Shanti Bhushan, senior advocates Dushyant Dave, Kapil Sibal and Prashant Bhushan, submitted that instances of arbitrary allocation by CJI Dipak Misra had forced them to come with a heavy heart to the court to seek course correction in allocation of cases to various benches. Mr Dave said the arbitrary distribution of cases by the CJI was also publicly derided at a news conference on January 12 by four senior judges of the apex court-Justices J Chelameswar, Ranjan Gogoi, Madan B Lokur and Kurian Joseph. The bench told Mr Dave not to raise the judges news conference in judicial matters. "Don't bring that in here. We are not concerned with it for many and obvious reasons," Justices Sikri and Bhushan ruled. It sought assistance from Attorney General K K Venugopal to adjudicate Mr Shanti Bhushan's petition, which has sought dilution of CJI's power as master of roster to allot cases to benches in his sole discretion. The apex court, however, indicated that while it would be difficult to entrust the task of allotment of important cases to a Collegium headed by CJI, it was not averse to devise 'some alternative yet feasible" mechanism for allocation of cases to benches. The Supreme Court posted further hearing to April 27, when the AG is expected to make his submissions on the controversy in connection with the dissent voiced by the four senior judges at the January 12 news conference.