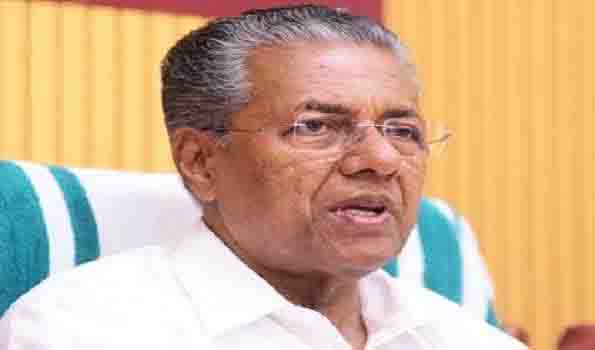 Thiruvananthapuram, Chief Minister Pinarayi Vijayan on Thursday condoled the death of 19 passengers after a state-owned Kerala State Road Transport Corporation (KSRTC) bus rammed into a container lorry on the Tiruppur-Avinashi six lane National highway at Avinashi in Tiruppur district in Tamil Nadu, early on Thursday. The Chief Minister directed the District Collector of Palakkad to provide emergency medical care to those in critical condition in the neighbouring State, an official release said. Mr Vijayan also directed to take immediate steps to bring the bodies of Malayalees from the accident spot, and the Tiruppur District Collector has contacted the Tamil Nadu Government in this regard.

The KSRTC Volvo AC bus was heading towards Trivandrum from Salem when the accident occurred at Avinashi near Coimbatore. Meanwhile, Kerala Transport Minister AK Saseendran announced a helpline number '9495099910' (the number of Palakkad ATO) to know the details of those involved in the accident. He also directed the KSRTC Managing Director to initiate a probe into the accident in which the bus driver and the conductor was also reportedly killed. Atleast 19 passengers were killed and more than 20 injured in the accident.