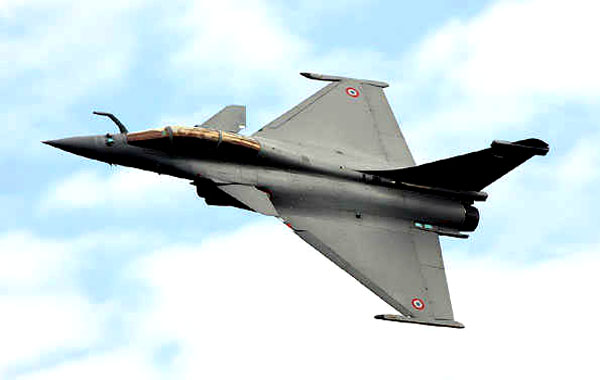 New Delhi, Sticking by the comments of party president Rahul Gandhi that Defence Minister Nirmala Sitharaman had lied in saying that the French government could not share the details of the agreement on deal for Rafale fighter jets, the Congress on Friday shared a news item on its twitter handle which quoted French President Emmanuel Macron as saying that the Modi government can share details of Rafale deal with the Opposition. Lambasting the Defence Minister, the Congress, in a post on its twitter handle, said,"Dear @nsitharaman, here is a news item where the French President @EmmanuelMacron says that the Modi Govt can share details of Rafale deal with the Opposition. You have a flair for lying, we don’t.’’ The news report, published in March, said that in an exclusive interview with India French, President Macron has said that if Narendra Modi government wants to divulge some of the critical information covered under the secrecy clause of the deal, France would not object to it. As per the report, Mr Macron said that the economic, industrial and strategic interests had been given proper consideration in finalising the Rafale deal between India and France. He also said that though the deal was not signed during his tenure, it was in the interests of both the countries. He also said when a deal involves extremely sensitive business interests, it is not desirable to give out details of such a pact. The details of the commercial agreements should not be made known to rival companies as doing so may hamper the interests of the firms and hence, secrecy is justified, Macron explained in his interview with India Today. Macron emphasised that secrecy clause is there because of commercial agreement related to technical issues. However, he gave an assurance that if the Modi government wanted to share some details, covered under the secrecy clause, with the Opposition parties to clear confusion and resolve political stalemate, French government would have no objection to it. The statement by the Congress came after Defence Minister Nirmala Sitharaman defended her earlier statement that there was some secrecy about the Rafale deal between India and France. During the high-decibel debate earlier, Mr charged that Ms Sitharaman had earlier misled the country by stating that the details of the deal with French government could not be shared because it was part of a secret pact. Mr Gandhi claimed that he had met French President Emmanuel Macron in Delhi and the latter had told him that there was no secrecy about the deal. Making a brief intervention in the Lok Sabha during the No-Trust motion, the minister rubbished Congress president Rahul Gandhi's allegation that she had told untruth in the past on the matter.