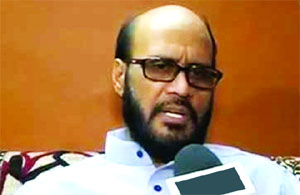 Chronicle Reporter, Bhopal The Supreme Court has provided big relief to MP Congress Spokesperson KK Mishra in the defamation case against Chief Minister Shivraj Singh Chouhan. The lower court had sentenced Mishra to two year imprisonment and imposed fine on him. The apex court not only discharged Mishra but also dismissed the case against him. The Supreme Court verdict is a big setback to CM Chouhan. A local court here in November 2017 had sentenced Congress leader KK Mishra to two-year imprisonment and imposed a fine of Rs 25,000 for levelling scam accusations against Chief Minister Shivraj Singh Chouhan and his family. Mishra in June 2014 had alleged that 19 candidates from the village of CM’s wife Sadhna Singh in Maharashtra were recruited by the state transport department following directives from the CM House. The exam for recruitment by the department was conducted by the scam-tainted MP Professional Examination Board (MPPEB) also called Vyapam. He had also referred to 139 calls which, according to him, were made from CM House to Vyapam officers. The court trashed charges levelled by Mishra against CM and his family and sentenced him to two years of imprisonment and slapped penalty of Rs 25,000 holding him guilty under section 500 of IPC. Mishra challenge the verdict in High Court and also briefed Supreme Court about the verdict. Chouhan had deposed before the court in November 2016, refuting the allegations made by Mishra and accusing him of tarnishing his and his family’s image with false allegations. Chouhan took to twitter after the verdict using a Sanskrit Shloka to claim that it’s the truth which prevails ultimately. A division bench of the Supreme Court comprising of Justice Tarun Gogoi and Justice Bhanumati dismissed the defamation case against Mishra.

Reacting to Supreme Court verdict, KK Mishra said the top court order has proved that the lower court verdict was politically motivated. Chief Minister Shivraj Singh Chouhan and his administration wanted to gag my voice, Mishra said. My fight against corruption and injustice will intensify after this order, Mishra added.