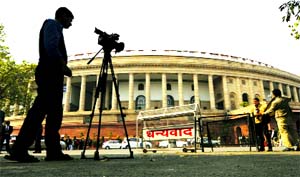 Chronicle Reporter, Bhopal Although the Assembly elections in Madhya Pradesh will be held towards the end of the year, the state unit of the Congress has indicated it would make changes in its style of working. The party would start the exercise of identifying probable candidates early and also release its poll manifesto well in advance. The manifesto is likely to be released six months before the polls. Usually parties release their manifestos just before the polls and it would be for the first time that a political party would release its manifesto six months in advance. The party would focus on the election preparedness at the micro level in Madhya Pradesh after learning a lesson from the Gujarat Assembly elections, in which it lost to the BJP despite putting up a good show.