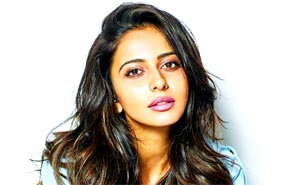 New Delhi, Congress members especially from Punjab and the ruling side, including Union Minister and Akali Dal leader Harsimrat Kaur Badal, clashed in Lok Sabha on Tuesday over the exponential rise in cancer cases in the state. The issue figured during Question Hour when Congress member Ravneet Singh Bittu wanted to know from the Union Agriculture Minister Narendra Singh Tomar whether the government was aware of the rise in cancer patients in Punjab. The government responded among other things that the Punjab government has reported that the consumption of fertiliser has no link with prevalence or rise of cancer disease in Punjab. Minister of State for Agriculture Parshottam Rupala told the opposition member that if the Congress party and the state government was so much concerned about the health of the people, why did the Capt Amarinder Singh government did not allow implementation of Ayushman Bharat — the mega health scheme of the Modi government. While such remarks were resented by the Congress members, Union Food Processing Industries Minister Harsimrat Kaur Badal said the Akali Dal government in 2009 had set up a cancer research diagnostic centre at Bhatinda but the Congress government has stopped funding it. Ms Badal is the elected member from Bhatinda. This led to clash with Congress members registering their protest and were up on their feet. While nothing could be heard in the din, AAP member from Sangrur Bhagwant Mann was also on his feet trying to say something. Mr Tomar also said the use of fertilisers does not lead to increase in spread of cancer. Mr Bittu also wanted to know if the government was aware of patients traveling to Bikaner by a train popularly called the ‘cancer train’. The Indian Council of Medical Research has informed that according to the Cancer Registry of Punjab, the incidence of cancer cases was 100-110 for every one lakh individuals which is almost equal to the national average. The government reply to the Congress member also stated that - the strengthening of Tertiary Care Cancer facilities scheme is being implemented to support setting up of the State Cancer Institutes and Tertiary Care Cancer Centres in different parts of the country.