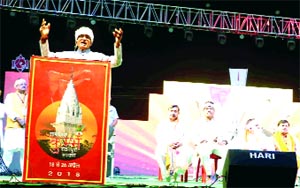 Bengaluru, Attaching the significant role played by the Information Technology (IT) to the State economic sector, the Congress today announced a series of initiatives it will take over the next five years to give a boost to the sector and take Karnataka's contribution to USD 300 billion from the current level of USD 60 bn. In the party Manifesto for the May 12 Assembly polls, the Congress said that it would expand the sector to ensure that its contribution to the State's GDP is enhanced to 25 per cent and account for 33 per cent of the total technology related business of India. The manifesto released by Party President Rahul Gandhi, among other things , said the Government would build a high tech IT talent pool to cater to over 3 million IT jobs in the State through Skill Upgradation and IT driven curriculum. Highlighting the dominance of the State in the start up scenario it said all steps would be taken to ensure the State emerge the leading destination globally for start ups by increasing the number of start ups to 20,000 with about 5000 of them assisted by Venture Capital. The State would also be made the test hub for all emerging technologies by creating Technology Centres of Excellence in high intensive areas such as Machine Intelligence and Robotics, Automation and machine learning, AI and Big Data Analytics, secure systems including cyber security and block-chain, internet of things and Mobile App development. The Congress also proposed to establish a patent office in Bengaluru to incentivise companies with international patents to set up shop. The party also announced a start up subsidy of upto Rs One Crore so that any budding company could kick start production. The subsidy would have a grant component of upto Rs.25 lakhs and a soft loan of about Rs.75 lakhs at 6 per cent interest.