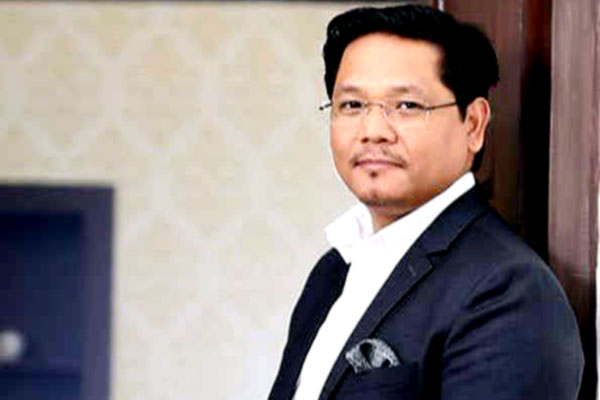 Shillong, The NPP leader Conrad Sangma was sworn in as the new Chief Minister of Meghalaya on Tuesday here. State Governor Ganga Prasad administered the oaths of office and secrecy to the new ministers - which included members from BJP and the regional parties like UDP, HSPDP and PDF besides NPP. Son of former Lok Sabha Speaker P A Sangma, Conrad is at present Lok Sabha member from Tura and will have to get elected to the state legislature within next six months. The swearing-in of the new ministry marks the end of Congress rule in the state. With Tuesday's swearing in, the Congress is now left with power only in the states of Punjab, Mizoram and poll-bound Karnataka. As part of power sharing formula, UDP leader and former chief minister Donkupar Roy is likely to be the new Speaker of the Meghalaya Legislative Assembly.