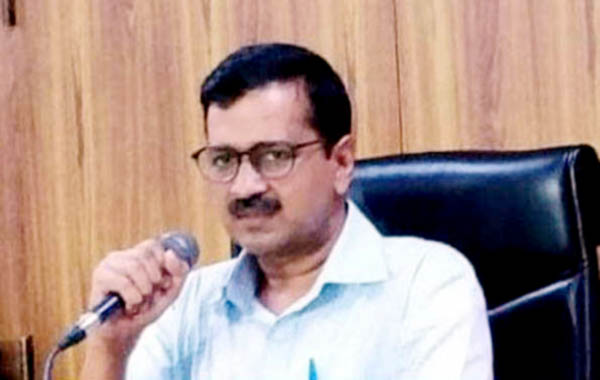 New Delhi, Hitting out at BJP-led National Democratic Alliance government, Delhi Chief Minister Arvind Kejriwal on Friday alleged a conspiracy to halt the work of Delhi Government despite the Supreme Court order that had demarcated work allocation. Addressing a press conference here after meeting Delhi's Lt Governor Anil Baijal, he charged the latter with refusal to cooperate in the matter of services. The Chief Minister said that the LG was not willing to cooperate on the issue of services related to transfer and posting of officers citing an old notification of the Ministry of Home Affairs. Attacking the Centre over the issue, Mr Kejriwal said that the Supreme Court ruling over-rides the Home Ministry order. ``It is happening for the first time in history that the Centre has refused to follow the Supreme Court order. If such a situation continues it may lead to anarchy,' he said.