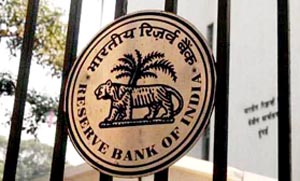 New Delhi, Consumer confidence improved in December 2017 as the Current Situation Index (CSI) recorded a significant rise after more than a year, results of the latest round of Consumer Confidence released by the RBI said. The Consumer Confidence Index (CCI) Survey is an index that measures how optimistic or pessimistic consumers are with respect to the economy in the near future. The Consumer Confidence Index is based on the concept that if consumers are optimistic, they tend to purchase more goods and services. CSI witnessed a sharp increase from 91.1 in November 2017 to 96.9 in December 2017.The RBI released the results of the 80th round of the Industrial Outlook Survey (IOS) conducted in October-December 2017 which captures qualitative assessments of the business situation by companies in the Indian manufacturing sector for Q3:2017-18 and their expectations for Q4:2017-18. As per the results, business sentiment in the Indian manufacturing sector improved, as reflected in the Business Expectations Index (BEI) rising from 103.7 in Q2:2017-18 to 109.8 in Q3:2017-18. As per the latest data released by the Central Statistics Office (CSO), CPI inflation declined from 5.07 per cent in January 2018 to 4.44 per cent in February 2018. CPI food inflation also declined from 4.70 per cent to 3.26 per cent for the same period. Inflation forecast for 2018-19 as per RBI’s February 2018 bi-monthly monetary policy statement is expected to be 5.1-5.6 per cent in H1and 4.5-4.6 per cent in H2. As per the Second Advance Estimate of National Income 2017-18 released by the CSO, growth of GVA at 2011-12 prices accelerated from 6.2 per cent in Q2 to 6.7 per cent in Q3. Similarly, real GDP growth accelerated from 6.5 per cent in Q2 to 7.2 per cent in Q3. RBI, in its latest Monetary Policy Statement of February 2018, took note of the global economic activity and global trade that has gathered pace since October 2017. On domestic front, it observed that the manufacturing purchasing managers’ index (PMI) expanded for the sixth consecutive month in January 2018 led by new orders. Assessment of overall business sentiment in the Indian manufacturing sector improved in Q3 as reflected in its Industrial Outlook Survey. The RBI further observed that the GST implementation is stabilising and there are early signs of revival in investment activity as reflected in improving credit off take, large resource mobilisation from the primary capital market, and improving capital goods production and imports. Export growth is also expected to improve further on account of improving global demand. Taking into consideration the above factors, GVA growth is projected to accelerate from 6.6 per cent in 2017-18 to 7.2 per cent in 2018-19.