Contribution of MSME sector to country’s GDP to be 50 pc in 5 yrs: Govt 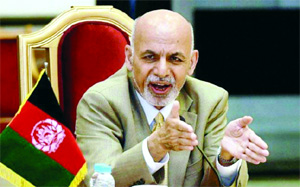 New Delhi, MSME Minister Nitin Gadkari said on Thursday that in the coming years it will be his endeavour to raise the contribution of MSME sector to the country’s GDP to 50 per cent from the present 29 per cent, and ensure that it gave employment to at least 15 crore people against the 11 crore at present. Responding to supplementaries during Question Hour in the Lok Sabha, Mr Gadkari said, ‘My target is that contribution of MSME sector to the country’s GDP increasing to 50 per cent in next five years.’ Making another important announcement, he told the House that on the lines Amazon and Alibaba — the two e-commerce giants which operates largely without physical stores — a new scheme is being prepared by the MSME ministry. Amazon dominates the American shopping space, while Alibaba does the same in China. Mr Gadkari said the work is under progress for the ambitious scheme which will help augment the MSME sector. As per the government, the contribution of the MSME manufacturing to All India Manufacturing Output during 2015-16, 2016-17 and 2017-18 was 34.2 per cent, 33.8 per cent and 33.4 per cent respectively.