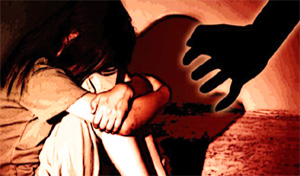 Corporator promised to marry with his live in partner, but later refused Chronicle Reporter, Bhopal A case of assaulting and forcibly putting poisonous substance in woman’s mouth has been revealed in Berasia. Presently victim is admitted in Hamidia Hospital for the treatment. It is told that she was living with Corporator in live in relationship for long time. When victim asked her live in partner for marriage, the family members of Corporator started assaulting her. Berasia police registered a case against seven persons including three ladies.According to the Berasia police the 35 years of age victim is living in Basai Village after having a dispute with her husband, seven years ago. Victim told police in her complaint that the Corporator Harinarayan used to visits her house. He proposed her for marriage and started to stay in victim’s house mostly in nights. During this accused promised her to marry and started exploiting her physically. Because Corporator has taken her in trust, she never objected in having physical relations. Afterword she asked Corporator to marry, but he ignored, when she started pressurizing him for marriage, the accused stopped coming to victim’s house and finally refused to marry. After some time the victim reached Corporator’s house and asked for Corporator Harinarayan. But suddenly Harinarayan’s mother, wife, Jaswant, Prakash Jitendre and his wife Sandhya started beating using filthy abuses. Not only this, they hold her and put poisonous substance in her mouth. Police told that a case under section 376 is registered against Corporator Harinarayan and case of assaulting and case under section 328 has been registered against family members of the Corporator.