Cost Accountants should ensure that quality services are delivered at competitive price: Prez 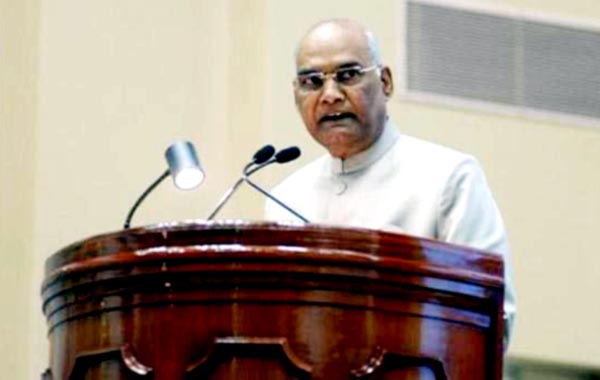 New Delhi, Empasising that cost accountants play a substantial part in enhancing efficiency of processes, President Ram Nath Kovind said on Saturday it would be their mandate to ensure that products and services were delivered at a competitive price without compromising on quality. 'It is for cost accountants to ensure that wasteful activities and costs in production are removed. It is for cost accountants to help in innovation and improvement of processes and systems to reduce avoidable costs and make each rupee that is invested go that much further,' the President said after he inaugurated the platinum jubilee celebrations of the Institute of Cost Accountants of India, here. It is for cost accountants to help fight the aberrations of gold plating that may sometimes appear on the business landscape, he said, adding that all this will strengthen the national effort to establishing India as a low-cost and competitive manufacturing hub for world-class products. Speaking on the occasion, the President said, 'Cost accountants play a substantial part in enhancing efficiency of processes – particularly in manufacturing – and of capital use. 'Cost accountants are the best managers of the three Ms of a business organisation. These are - men and women who work there; the materials used as inputs; and the machines deployed for processing, fabrication and creation. As global manufacturing evolves and as manufacturing in India gets a boost over the coming decade – with the maturing of our 'Make in India' programme – cost accountants will have a bigger and bigger role.' As country's economy grows, Mr Kovind said he expected the demand for cost accountants to rise very sharply. It will do so not only in the corporate sector but also in government organisations. The President stressed that state governments as well as ministries and departments of the Union government were making efforts to rationalise expenses and costs, according to an official spokesperson. 'A Section 8 Company promoted by the Institute of Cost Accountants of India has entered into a memorandum of understanding with Indian Railways to study the existing costing system in Indian Railways and suggest reforms for greater efficiency', he said, adding that in the days ahead, this learning can be extended to other fields, including defence acquisitions.