Country in united behind our brave soldiers' : PM 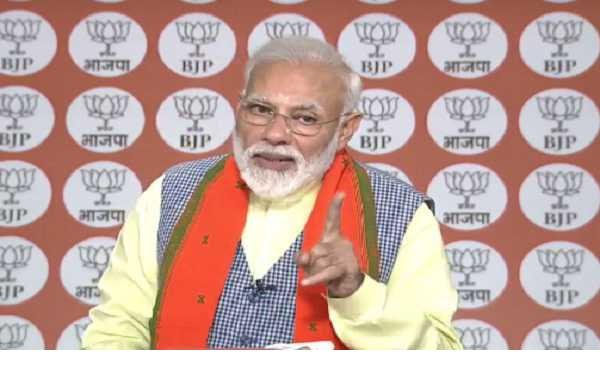 Agencies, New Delhi Exhorting the brave soldiers standing at borders, Prime Minister Narendra Modi on Thursday assured that the whole country is backing them unitedly and said there people should be careful to see that their morale remains high. 'The whole country is one and standing with our jawans. We are fully confident of their bravery and capability and it is very important that nothing is done which affects the morale of our jawans,' Mr Modi said in his mega interaction 'Mera Booth Sabse Mazboot' with volunteers, supporters and BJP karyakartas of all levels including chief ministers from 15,000 locations across the country. 'We should not do anything which would give our enemies a chance to point fingers at us, ' he said. The BJP claimed this was "world's largest video conference". 'Our jawans are standing on the border with determination to safeguard the country. We are all mighty citizens of India, so we all have to work very hard for the prosperity and dignity of the country,' Mr Modi said. India will live as one, India will work as one, India will grow as one, India will fight as one and India will win as one, he said. 'The sentiments of the country at this time are at a different level. Brave soldiers of the country are displaying their strength on the border and also across the border. The whole country is unified and standing with our jawans,' he said.