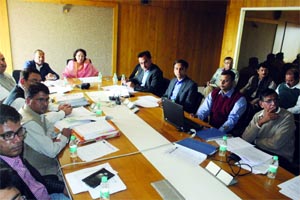 Agencies, New Delhi Amid a tug of war over the dissolution of block committees of the party, the cracks in Delhi Pradesh Congress seem to have widened. Delhi Congress president Sheila Dikshit had on June 28 dissolved all 280 block Congress committees in Delhi with immediate effect, a decision which was later stayed by All India Congress Committee (AICC) in-charge of Delhi unit, PC Chacko. Chacko stayed the decision two days later after a faction of Congress leaders met him. He had also sent copies of his letter to Dikshit and Congress President Rahul Gandhi. Leaders of Delhi Congress had president Rahul Gandhi on June 28, however, the differences among leaders still prevail. Delhi Congress working president Haroon Yusuf on Monday said he was unaware of Dikshit’s decision about the dissolution of all 280 block Congress committees in Delhi with immediate effect. “When I asked Sheila Dikshit she said no such decision has been taken, I came to know later that the block committee is dissolved. I was not part of this,” he had said. A senior Congress leader, siding with Yusuf, said, “Sheila Dikshit did not consult working presidents Haroon Yusuf and Devendra Yadav.” “The job of a working president is similarly significant in decision making. But Dikshit dissolved the block Congress committee without consulting them,” the leader added. Sources said that Chacko has asked Dikshit and the three working presidents - Harun Yusuf, Devendra Yadav, and Rajesh Lilothia - to meet and resolve the ongoing issue.