Creating non-farm sources of income is key to doubling of earning: PM 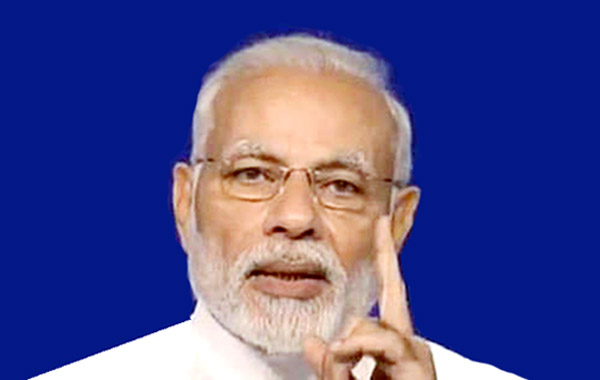 New Delhi, Prime Minister Narendra Modi on Wednesday said his government is committed to doubling the farmers' income by 2022 and maintained that to achieve this, a four-point strategy is being implemented. Interacting with farmers from over 600 districts across India over NamoApp, the Prime Minister said the four-point strategy include right price for products, reducing cultivation costs, processing farm wastes and creating non-farm sources of income. "We are working towards ensuring that the incomes of our hardworking farmers doubles by 2022. For that we are facilitating proper assistance wherever required. We have faith in the farmers," he said. Mr Modi said multiple efforts, being undertaken by his government like introduction of Soil Health Cards, have yielded positive results. "In 2017-18, the food production has increased manifold by about 280 million tonnes than what was in 2010. This is also much more than the food production in 2014," Mr Modi said. He said use of technology has helped do away with middlemen. The Prime Minister also made reference to neem coating fertilisers and said this too has helped the farm community. He said eNAM (National Agriculture Market), an online trading platform for agricultural commodities, too has helped the farmers. "The government is trying to ensure that farmers get link to this eNAM platform even in rural areas," Mr Modi said.