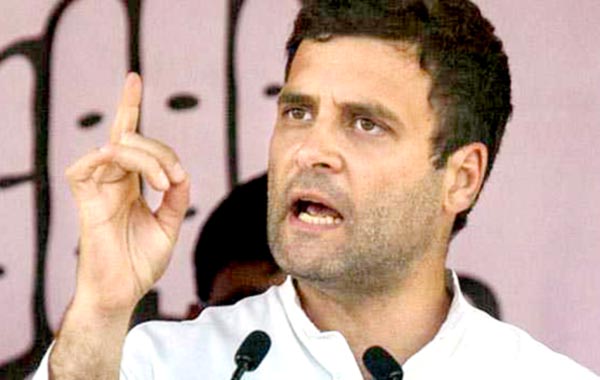 New Delhi, In a jibe at the 1 paisa cut in price of Petrol, Congress president Rahul Gandhi on Wednesday charged Prime Minister Narendra Modi of playing a prank with the public. Expressing shock at the development, Rahul termed the mere 'One paisa cut' as being 'childish' and 'in poor taste'. In a post on social media, Rahul said,'You've cut the price of Petrol and Diesel today by 1 paisa. ONE paisa!?? If this is your idea of a prank, it’s childish and in poor taste. ' Rahul said that a One paisa cut was not a suitable response to the 'fuel challenge' that he threw at Mr Modi last week. 'PS: A ONE paisa cut is not a suitable response to the #FuelChallenge I threw you last week,'Rahul tweeted. Rahul has last week attacked the PM on the skyrocketing prices of petrol and diesel and thrown a 'fuel challenge' at him .