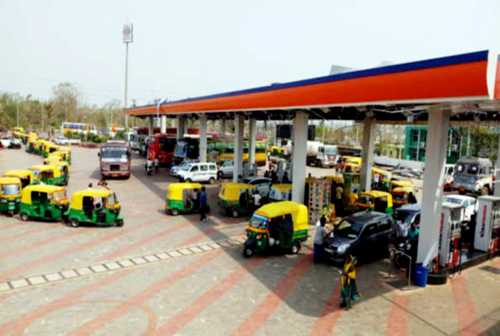 New Delhi, Indian Oil teams are working round-the-clock to maintain supplies and restore normalcy in the cyclone Fani affected districts of Odisha, a statement here said on Thursday. The Corporation is also rushing 1,000 solar lanterns, 10,000 candles and 5,000 weather-proof flexible sheets to Odisha. "Besides, expressing solidarity with Odisha State and the iconic Sri Jagannath Temple at Puri, which was damaged due to the cyclone, Indian Oil has decided to support its restoration works with a contribution of Rs.5 crore," it added. Considering the onslaught of the cyclonic storm, Indian Oil’s coastal refinery at Paradip put in place all precautionary measures and safeguards to protect people and the plant and ensured that the operations were normal during the cyclone. The refinery also extended all possible assistance to the district administration by providing essential relief material. While the Corporation operated both the bottling plant and oil installations at Jharsuguda, the Balasore units directly in the cyclone’s path were advised to shut down as a precautionary measure. The oil installation and LPG plant at Paradip were also shut down. "Indian Oil immediately embarked on a thorough exercise to assess the aftermath. Assessment in the affected areas done the same day revealed that all the petrol pumps in the districts of Bhubaneswar and Puri were damaged, in a small way or big way," the statement said. "With the sales team of Indian Oil working ceaselessly with contractors to clear the debris from the affected petrol pumps in Bhubaneswar, Cuttack and Puri, fuel dispensing resumed from all pumps in Khurda/Cuttack district and Bhubaneswar city on 6thMay. Twelve of the 22 petrol pumps in Puri district were majorly impacted by the cyclone, including 2 in Puri town. IndianOil teams are working round-the-clock to restore supplies from these outlets at the earliest," it added.