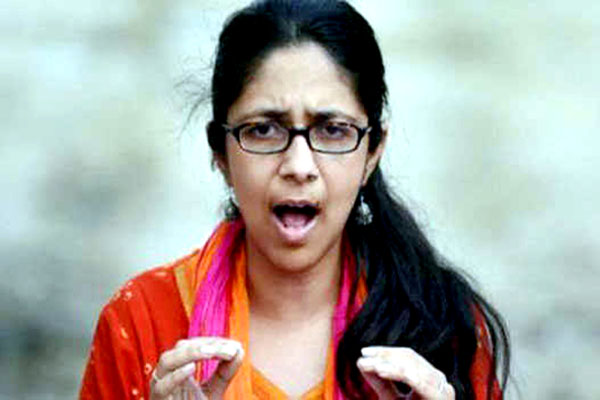 New Delhi, In protest against the rape of an eight-month-old infant in the capital, Delhi Commission for Women (DCW) chief Swati Maliwal on Thursday started her Satyagraha by staying in the office overnight and began the day with a prayer. "On the first night of 'Satyagraha' I stayed in the office on Wednesday. I am starting the day with a prayer. Jai Hind," Ms Maliwal said in a tweet. Ms Maliwal on Wednesday announced 30 days 'Satyagraha Aandolan' after the rape of an eight-month old infant and demanded a system that gives capital punishment to the child rapists within six months. "My 30-day Satyagraha starts today. I will not go home for 30 days. I will work in the office throughout the day and at night I will inspect different places of Delhi. I will do double work. I will sleep in the office only. I give 30 days' time to accept my demands. Make such a system that gives punishment to the child rapists within six months," Ms Maliwal said in a tweet earlier.Ms Maliwal demanded a strong law to ensure that each and every case of rape of children is dealt with swiftly and strictly. Necessary amendments should be made in the IPC and POCSO Act for imparting death penalty within six months of the crime being committed. She demanded setting up of additional fast track courts for sexual assaults and immediate creation of 14,000 posts in Delhi Police approved by MHA. She also demanded creation of proper software for police accountability, resolution of all pending demands of Forensic Science Laboratory (FSL) and revamp of Prosecution Department, Government of NCT of Delhi. A proper system is needed including recruitment of adequate staff, enhancement of resources and ensuing accountability in FSL. The chief said,"It does not require just courage but you have to understand the pain of that small baby and the family too."She said,"people who understand the severity of such crimes and who really care for their kids should join and support my 'satyagrah' to ensure these demands are fulfilled." "We will go to every house of Delhi and will urge Prime Minister Narendra Modi to change the system," Ms Maliwal said.Reacting sharply over the heinous incident of sexual assault on an eight month old girl in the capital by her cousin, Ms Maliwal had earlier said the commission would give Rs 50,000 to parents of the rape survivor. The eight-month-old girl, was allegedly raped by her cousin Suraj in Netaji Subhash Place area of North West Delhi. Suraj has confessed to his crime before the police, stating that he committed the heinous act in an inebriated state, while her parents were away.