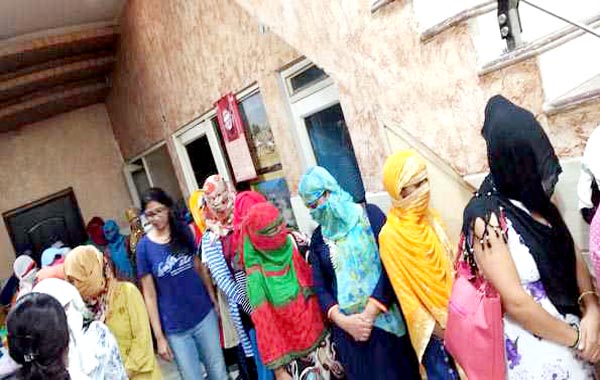 New Delhi, The Delhi Commission for Women (DCW) has rescued 39 girls, all belonging to Nepal, from allegedly being trafficked to Gulf countries, the Commission said on Wednesday. The Nepali girls were rescued from a hotel in Paharganj on Tuesday night, where they were kept, after being brought here on the pretext of employment, said DCW Chairperson Swati Maliwal. According to the DCW chief, these girls belonged to earthquake-affected regions of Nepal and came from humble background. In a tweet posted on Wednesday morning, Ms Maliwal, giving details about the rescued girls, said 'They have no savings. We are appealing to Nepal Government and NGOs working in Nepal to ensure jobs for them. So that they don't fall prey to trafficking rackets again.' The Commission had earlier rescued 16 girls on July 25 from Delhi's Munirka, who also hailed from the Himalayan country.