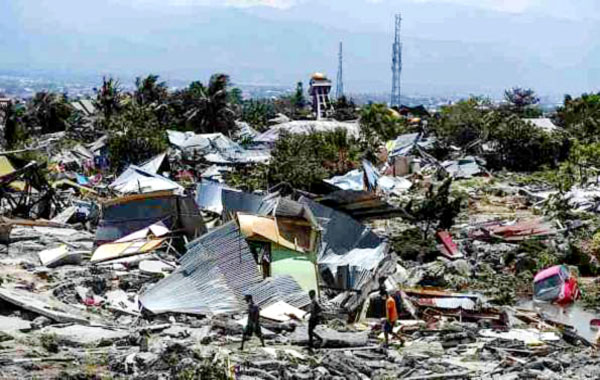 Jakarta, The death toll from an earthquake and tsunami which hit Indonesia on last Friday, has plunged to 1,407. Giving the latest figure of the death toll, Indonesia National Agency for Disaster Management (BNPB) spokesperson Sutopo Nugroho on Wednesday said atleast 113 people are still missing. A TASS report quoting BNPB spokesperson said more than 2,500 people were critically injured from the quake-tsunami and atleast 70,000 people had left their home. On September 28, a 7.5 magnitude quake hit Sulawesi island of the archipelago country, triggering tsunami of 3-5 meters high. Maximum casualty was reported in Palu city of Sulawesi island, having a population of around 3,00,000 people.