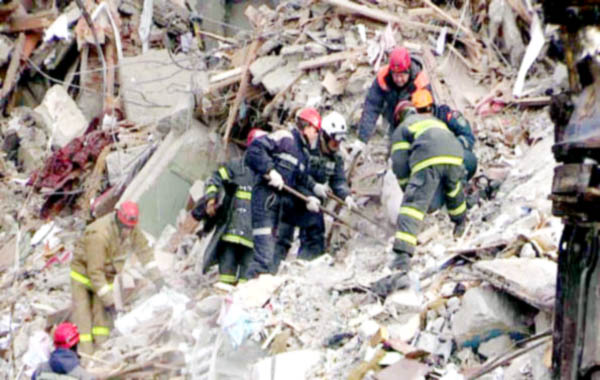 Moscow, The number of people killed in the collapse of a residential building in the Russian city of Magnitogorsk reached 37, Russian Emergencies Ministry confirmed on Thursday. "The number of the deceased rose to 37," Sputnik reported.As of now, eight people are missing. In the morning of December 31, a section of a ten-story apartment block collapsed in the Ural city of Magnitogorsk. It was earlier reported that Russia’s Investigative Committee looks into a gas leak as the main lead in the investigation. The rescuers have to work in hazardous conditions. They are removing the rubble in four shifts. Each lasts two hours. "The rescuers are clearing the debris both by hand and with the help of special machines," the spokesperson added.