Decision on increasing minimum pension to be taken soon : Govt 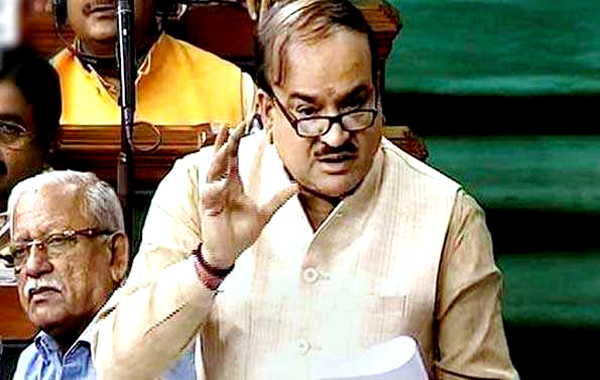 New Delhi, Government on Tuesday said it will ask a committee constituted to look into the issue of enhancing the minimum pension paid by the Employees' Provident Fund Organisation (EPFO) to give its report at the earliest so that a decision can be taken in this regard soon. Responding to the issue raised by N K Premachandran (RSP) during the Zero Hour in the Lok Sabha., Parliamentary Affairs Minister Ananth Kumar said the BJP-led NDA government is very much committed to enhance the minimum pension. He said the committee is yet to give its report on minimum pension . The Parliamentary Affairs Minister assured the RSP member that the Committee will expedite the process. The RSP member on Tuesday reiterated his demand that pension paid by the EPFO should be increased from Rs 1000 per month to Rs 3000 per month. Raising the issue in Lok Sabha during the Zero Hour, he said at present pension was of Rs 1000 per month and it should be increased to Rs 3000 per month. He said he had moved a private members' resolution seeking to increase the minimum pension to Rs 3,000 per month and on basis of the Government's assurance a committee was constituted.