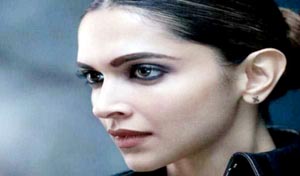 New Delhi, Bollywood's leading lady Deepika Padukone is currently making all right noise for her impeccable appearances at Met Gala, Cannes and the latest being GQ's Best Dressed event held last night. The 'Padmavat' actress has not only charmed the audience with her stunning looks but has also been grabbing the eyeballs with two most viewed commercials during IPL, 2018. Deepika is the only Indian actress who is seen featuring in two major commercials this IPL season, one being JIO and the other is Go ibibo. These two commercials featuring the sultry actress was launched for the current season of IPL and since then it has been creating quite a buzz, catching eyeballs and everybody’s attention. Deepika surprised everyone as she is seen dancing on stage with cricketers--Chennai Super Kings skipper Mahendra Singh Dhoni, Dwayne Bravo, Jasprit Bumrah, Mumbai Indians skipper Rohit Sharma, Ravindra Jadeja, Hardik Pandya. Deepika Padukone who is touted to be the queen of Rs 100 crore club holds the most number of Rs 100 crore films, while her last outing 'Padmavat' clocking Rs 300 crore at the box office. Deepika commands the title of being the most commercially viable actress in the industry, in addition to being the highest paid actress. The actress also enjoys a huge fan following, a testimony of which is seen on her social media platforms with a follower base of more than 75 million.