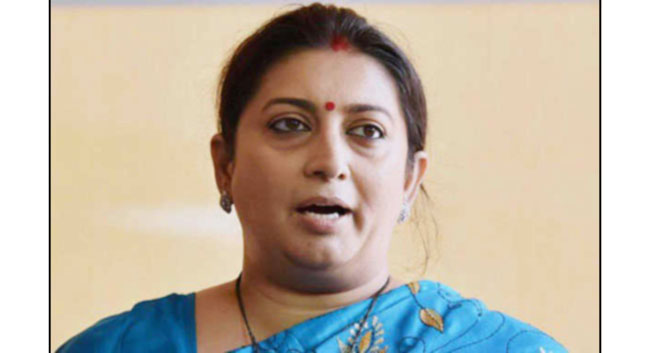 New Delhi, The Supreme Court on Monday issued a notice to Union minister Smriti Irani in connection with two cross defamation complaints filed by Congress leader Sanjay Nirupam and the BJP leader against each other. SC issued a notice to Smriti Irani saying that the matter will be decided on April 29. A bench of the Apex Court, headed by Chief Justice of India (CJI) Ranjan Gogoi, said, we would hear on Monday the appeal filed by the petitioner, Sanjay Nirupam. "We will hear the appeal of the petitioner (Sanjay Nirupam), on April 29, Monday," the bench of the Top Court, led by CJI said. Nirupam had moved the Supreme Court by filing an appeal and challenging the Delhi High Court order which had refused to quash the summons issued against him. It is to be noted that Nirupam is contesting in 2019 Lok Sabha elections.