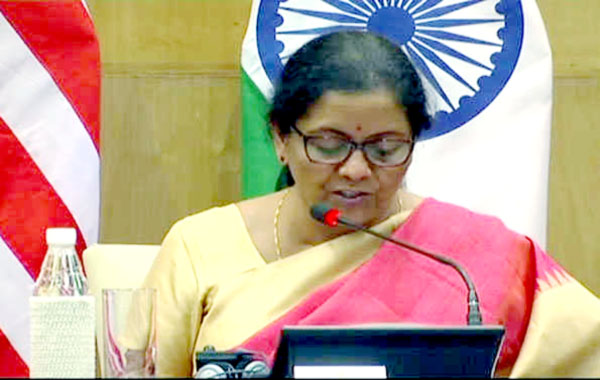 New Delhi, The defence cooperation has emerged as a new dynamic force in the bilateral relations between India and the United States, Indian Defence Minister Nirmala Sitharaman said here on Thursday. Speaking at the end of the crucial and inaugural 2 Plus 2 Indo-US Dialogue, Ms Sitharaman said the two countries will also carry out a joint exercise in the eastern coast of India. "The talks are result of vision of our leaders Prime Minister Narendra Modi and US President Donald Trump," she said. The Minister exuded confidence that both the countries will be able to work together for peace and prosperity.Secretary of State Michael Pompeo said the two sides would henceforth look forward for long term ties in the next decade. In her remarks, External Affairs Minister Sushma Swaraj said among other issues, India has asked the United States to take a compassionate views on the Visa issue. She also said both the both the Indian Ministers will soon have hot line connections with their respective counterparts. The meeting on Thursday signifies the "bright future ahead" for the two nations to work together, US Secretary of Defence James Mattis said.