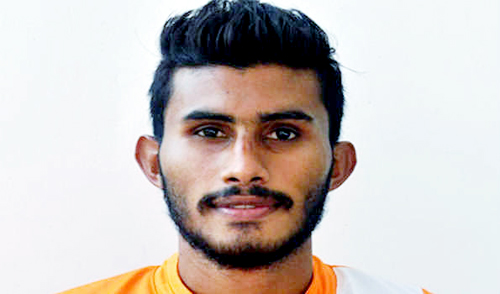 Dhaka, Ahead of opening match against Sri Lanka onWednesday, chief coach Stephen Constantine announced that promisingdefender Subhasish Bose will wear the captain’s armband to lead Indiain the SAFF Suzuki Cup 2018 at the Bangabandhu Stadium in Dhaka. "Subhasish has been very impressive in the recent camps. In the firstfew days, he had to work a lot and being a fighter, he has made astrong comeback. I'm very proud of him and obviously, it's going to bea very special moment for him,” coach announced. On being asked whether the defending champions will start as the‘favourites,’ the 55-year-old coach quashed it completely. "I have always looked to this opportunity to provide someInternational experience to the youngsters and that's why we have comewith an U-23 squad. Obviously, we have come to win the tournament aswe have always done. We have a fair chance of getting the job done butI won't say that we're going to start as favourites." “The whole squad is eagerly waiting to get the ball rolling and Iwould like to say that every single member of the team is eagerlywaiting. Everyone will be up for the games against us and it'll be agreat experience,” he said. India have been clubbed with Sri Lanka and one-time championsMaldives (2008) in Group B, whereas hosts Bangladesh, Bhutan, Nepaland Pakistan are the teams in Group A. India have arrived in Dhaka fresh from a preparatory Camp since July28, 2018 in Delhi and then a 17-day preparatory camp in Sydney wherethey played three friendly fixtures against APIA Leichhardt Tigers FC,Sydney FC and Rydalmere Lions FC respectively. On being asked how the camp helped the boys prepare for thechampionship, Constantine stated: "The three games in Australia havebeen terrific practice for us. The game against Sydney FC, that tooagainst their first squad has been a great lesson for us. We got a fewpositive feedbacks from Australia and those are going to be prettyhelpful for us in the coming days." Subhasish, who caught the imagination, thanks to his swashbucklingshow off late, informed that it’s a ‘dream-come-true’ moment for him. "It's a dream-come-true situation for me to lead the National Team.I'd like to thank our coach for his trust in me and I'd give my bestto make the best of my opportunity,” he stated. India;s fixtures in the SAFF Suzuki Cup 2018 is as follows:September 5: India v Sri Lanka (IST 6.30pm).September 9: India v Maldives (IST 6.30pm).