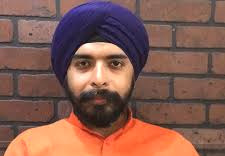 Agencies, New Delhi A Delhi BJP leader sat on hunger strike on Monday while Sikh groups and leaders condemned Congress leader Kamal Nath being nominated as Madhya Pradesh Chief Minister, alleging his involvement in the 1984 anti-Sikh riots. Delhi BJP leader Tajinder Pal Singh Bagga sat on a hunger strike this morning in Tilak Nagar in West Delhi, the site where several Sikh families were affected in the 1984 anti-Sikh riots. He was protesting against the Congress opting for Mr Kamal Nath, one of those allegedly involved in the Sikh massacre in Delhi following the assassination of then prime minister Indira Gandhi on October 31, 1984. The strike will continue till the Congress replaced Mr Kamal Nath as the CM for MP, he stated. Several Sikh leaders and other politicians have similarly condemned the move by Congress appointing Mr Kamal Nath as the MP CM.