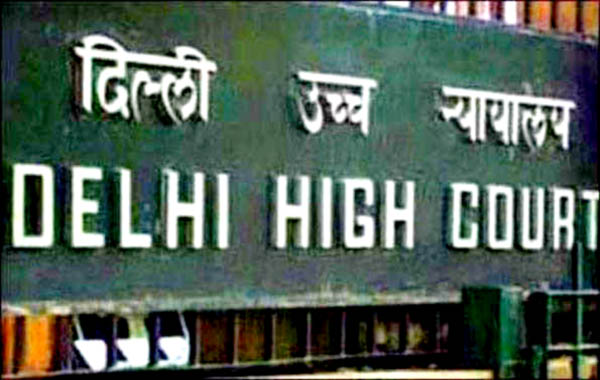 New Delhi, The Delhi High Court has issued notices to the Centre through Ministry of Railways and Railway Recruitment Control Board (RRCB) on a plea challenging the award of contract for computer-based Railway Recruitment test to Tata Consultancy Services (TCS), a subsidiary company of TATA group. Hearing a Public Interest Litigation (PIL) filed by Dr Shailendra Sharma, a Division Bench of Chief Justice Rajendra Menon and Justice V Kameshwar Rao, recently issued notices to the Centre through Ministry of Railways, Railway Recruitment Control Board and TCS, which is returnable within four weeks. The Division Bench has said in a brief order, “Issue notice to show cause as to why ‘rule Nisi’ not be issued.” Advocate Mr Jagjit Singh accepted the notice on behalf of the Centre and RRCB, which is returnable within four weeks. The court has fixed October 10 as the next date of hearing in the case. In his plea, the petitioner had alleged that RRCB has awarded the contract for conducting the computer-based recruitment test to TCS on nomination-basis, instead of a bidding process. By doing this, the Board has also undermined the guidelines of the Central Vigilance Commission (CVC). “The Central Vigilance Commission, in its capacity as the apex Vigilance Institution set up under the Central Vigilance Commission Act, 2003 has repeatedly reiterated the need for the transparency in the award of contracts by the government and its instrumentalities,” the petition says. During the hearing, Advocate Lekhraj Singh appearing for the petitioner, highlighted an order of the CVC, which says, “It is needless to state that tendering process of public auction is a basic requirement for the award of contract by any Government agency as any other method, especially award of contract on nomination basis, would amount to a breach of Article 14 of the Constitution, which implies right to equality to all interested parties.” He also highlighted the modification in tendering invitation initially and withdrawal of it finally, without any appropriate reason. What is even more appalling is that the Railways had initially floated a tender for empanelment of Examination Conducting Agencies with a closing date of February 28 this year. However, without assigning any reason the process of tendering was aborted. He said that the RRCB then awarded the contract to TCS on nomination-basis without resorting to a tendering process, which is the gross violation of the CVC order. Pointing out the intention behind the withdrawal of the tender process, Mr Singh added that as is now apparent the tender was discharged with the sole intent of awarding the same to TCS on nomination basis.