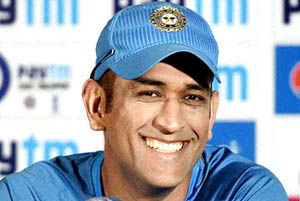 Durban, With the six-match ODI rubber starting on Thursday between India and hosts South Africa, former captain MS Dhoni is on the brink of adding few new records to his name in the 50-over format of the game. After accumulating 9,898 runs from 312 ODI matches with a terrific average of 51.55 with 10 centuries and 67 fifties, the Ranchi lad is now just 102 runs away from reaching the milestone of 10,000 runs. On achieving the feat, Dhoni will become the fourth Indian batsman after Sachin Tendulkar, Sourav Ganguly, and Rahul Dravid to enter the 10,000-run club.Moreover, he’ll also be the 12th international batsman in the world to achieve the landmark.