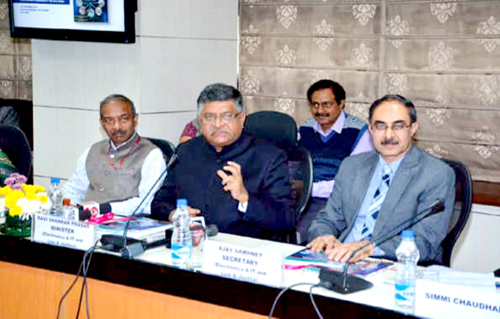 New Delhi, Digitial India has gone beyond politics as all political parties and state governments have been supporting the programme, Union Electronics and IT Minister Ravi Shankar Prasad said on Friday. Mr Prasad said, “Digital India has gone beyond political divide as no state government has either opposed it or can afford to oppose the programme. It is in the interest and welfare of every common man.” Releasing the issue of Yojana magazine on Digital India here, the Minister said the programme is designed to be digitally inclusive. He said the programme must be based on a technology which should be low cost and inclusive. The Digital India programme was driven by common and rural people.He said the programme aims to transform India into a knowledge-based economy and digitally empowered society by ensuring digital access, digital inclusion, digital empowerment and bridging the digital divide Talking about the magazine, he said this issue is a holistic package about the programme where all topics have been covered minutely. The magazine creates a numbers of opportunities for the common man. The magazine provides an apt platform to showcase India’s position in the digital revolution as the country is generating future pathways powered by technology and leading towards trillion dollar digital economy. Information and Broadcasting Ministry Secretary Amit Khare and Electronics and IT Ministry Secretary Ajay Prakash Sawhney were also present on the occasion.