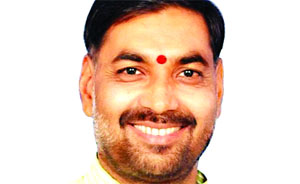 Chronicle Reporter, Bhopal There was a dispute between MP’s minister of state Jalam Singh Patel and sand mafia during the intervening night of Friday and Saturday at Banganga Square. The sand mafia members dragged the minister’s driver out of the car and manhandled him. Seeing danger, the minister’s gunman also fired. Upon receiving information, police reached the spot and nabbed four people and took them to the police station. Minister Jalam Singh also reached the police station. The sand mafia tried to show their influence. Senior police officials also arrived as it was high profile case. Later police registered cases under Excise Act against all the suspects and they were all released on bail. However, the police have not confirmed the incident. According to sources, minister Jalam Singh was returning to Bhopal at about 2.30 am after participating in a marriage ceremony. At VIP Road another car continuously blew horn to overtake minister’s car. The car stopped near minister’s car and the four people got out of it and dragged minister’s driver out and manhandled him. The minister also got out of the car. The suspects also argued with him. The suspects said they were sand supplier of Hoshangabad. Hearing noise, the staff of minister’s bungalow also came out and one of the guards also fired in the air. Police surrounded the area and caught the four people.