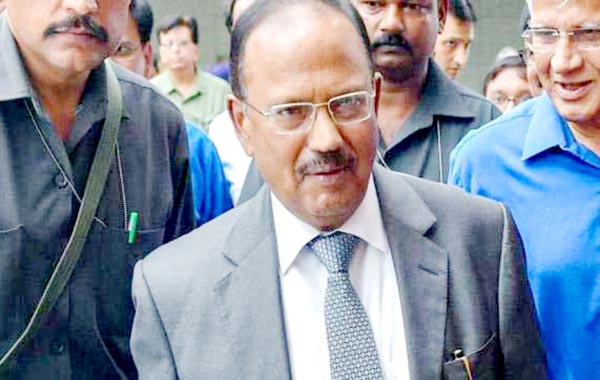 Washington, India's National Security Adviser, Ajit Doval, has held broad-based discussions with the US Secretary of State Mike Pompeo, Defence Secretary James Mattis and his American counterpart John Bolton during which they are believed to have discussed the future direction of the strategic Indo-US ties. India's ambassador to the US, Navtej Sarna, accompanied Doval in these meetings held on Friday.It is to be noted that Doval's meeting with the top three US officials comes a week after the India-US 2+2 Dialogue between the defence and foreign ministers of the two countries in New Delhi. Doval had met Pompeo and Mattis last week in New Delhi too. However, this was Doval's first meeting with Bolton.The sources described the meetings as very broad-based discussions as the regional as well as the global developments too figured in the talks. "During the three back-to-back meetings, Doval had good chance to review the entire bilateral relationship after the 2+2 talks. They build upon the discussion in New Delhi last week," the sources told. India and the US signed the landmark Communications, Compatibility, Security Agreement (COMCASA) after the 2+2 talks External Affairs Minister Sushma Swaraj and Defence Minister Nirmala Sitharaman had with Pompeo and Defence Secretary Mattis on September 6.