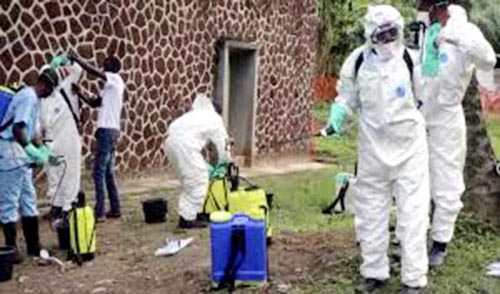 Kinshasa, Congolese rebels have killed 13 civilians and abducted a dozen children in an attack at the centre of the latest deadly Ebola outbreak, the Democratic Republic of the Congo's military said. The Allied Democratic Forces rebels attacked Congolese army positions and several neighbourhoods of Beni in the DRC on Saturday and into Sunday, a senior army official told the media. The rebels have killed hundreds of civilians in recent years and are just one of several rebel groups active in the DRC's far northeast. Child kidnappings for ransom are a relatively new phenomenon in the North Kivu region, where Beni is located, making exact figures on the issue difficult to find. At least 215 children were abducted in the province and 34 killed in North Kivu in 2017, according to a child protection group cited by The Guardian.