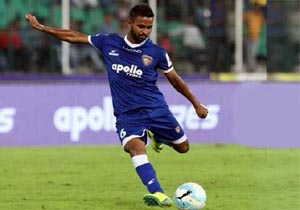 New Delhi, Delhi Dynamos on Wednesday completed the signing of midfielder Bikramjit Singh and defender Rana Gharami on long-term deals. Bikramjit comes on the back of an ISL winning campaign with Chennaiyin FC, while Rana played a pivotal part in helping Mohun Bagan finish third in the I-League and a semi-final finish in the inaugural Hero Super Cup. “This is a club which is very close to my heart as I feel at home here. Dynamos have a strong group of players in the squad and I am really excited and looking forward to contributing as much as I can. I’ve had two really successful ISL seasons and I want to make it three in a row by helping Delhi win their first title,” Bikramjit said upon signing for the club. Joining Bikramjit in the squad will be Kolkata born defender Rana Gharami. The 27-year old starred in West Bengal’s Santosh Trophy triumph in 2016-17 and also won the Sikkim Gold Cup last year with Mohun Bagan. Rana’s addition will provide a major boost in the backline of the squad. “I am looking forward to my first ISL season. I’ve had a strong season with Mohun Bagan in the I-League as well as the Super Cup last season, but I want to go one better and win the titles this time around,” Rana said.