EC issues notification for polls in 18 assembly seats in Chhattisgarh, 12 are Maoists-affected 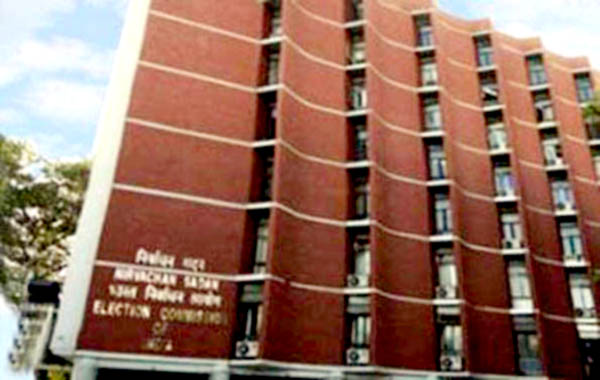 New Delhi, The Election Commission on Tuesday issued notification for the first phase of crucial election in 18 assembly constituencies in Chhattisgarh. In the 90-member assembly, the state will face two-phase election on November 12 and 20. Out of 18 constituencies, 12 are in Maoists affected Bastar divisions’s seven districts and six in Rajinandgaon district. According to the poll body, the 12 constituencies are Konta (ST) in Sukma district, Bijapur (ST) in Bijapur district, Dantewada (ST) in Dantewada district, Chitrakot (ST), Jagdalpur (GEN) and Bastar in Bastar district, Narayanpur (ST) in Nayaranpur district, Kondagaon (ST) and Keshkal (ST) in Kondagaon district, Kanker (ST), Antagarh (ST) and Bhanupratappur (ST) in Kanker district. In Rajnandgaon district, the constituencies are Khairagarh (GEN), Dongargarh (SC), Rajnandgaon (GEN), Dongargarh (GEN), Khujji (GEN) and Mohla-Manpur (ST).With the issuance of notification for the first phase of elections, candidates can file their nominations. The last date of filing nominations will be October 23 and scrutiny of the nominations will take place on next day.The last date for the withdrawal of the nominations will be October 26.Total of 31,79,520 voters will exercise their mandate in the first phase of the poling in the state. The BJP, ruling Chhattisgarh for the last 15 years, is facing a tough battle from the opposition Congress party in this assembly election. However, according to political observers, the alliance between Mayawati-led BSP and former Chief Minister Ajit Jogi’s new outfit could create troubles for Congress. The Congress has won 12 seats and the BJP bagged six seats in the last assembly election in these 18 constituencies.