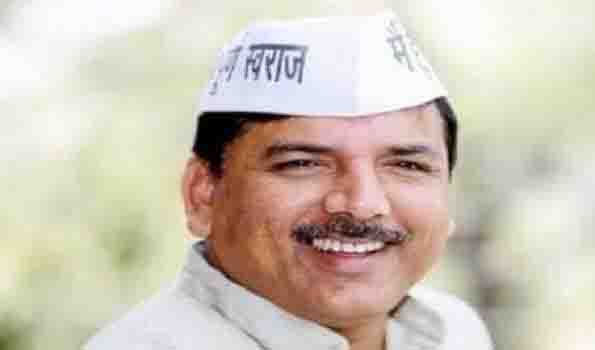 New Delhi, The Election Commission on Thursday issued show-cause notice to Aam Aadmi Party (AAP) leader and Rajya Sabha MP Sanjay Singh for violation of model code of conduct, by making ‘unverified and distorted statement' against the BJP. The Commission acted upon a complaint filed by the BJP, that Mr Singh has made statement against the workers of BJP regarding the anti-CAA protests at Shaheen Bagh.

“The Commission is, prima facie, of the view that by making distorted and unverified statements, you have violated the provisions of MCC, apart from the fact that said statements could create confusion and panic among the general public and electors”, the poll body said in the notice. The Commission directed the senior AAP leader to explain his position over the statement on or before 1200 hours of February 7.