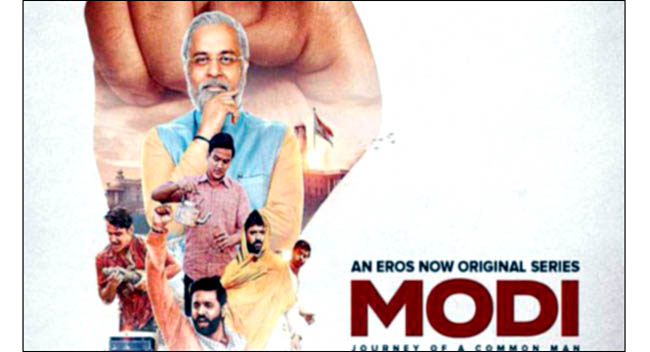 New Delhi, Close on the heels of stalling the release of Prime Minister Narendra Modi's biopic 'PM Narendra Modi', the Election Commission on Saturday banned the web series on the life of Prime Minister, titled, "Modi - Journey of a common man". In its order, the Commission had ordered that any biopic material in the nature of biography/hagiography sub-serving the purposes of any political entity or any individual entity connected to it, which is intended to, or which has the potential to disturb the level playing field during the elections, should not be displayed in electronic media, including cinematograph, during the operation of the Model Code of Conduct (MCC).” "In view of the admitted facts and material available on record this web series being an original 'web series' on Narendra Modi, Prime Minister and a political leader and prospective candidate in the current general election of Lok Sabha cannot be exhibited in view of the Commission's aforesaid order", the Commission said. The poll body added that, "therefore you are hereby directed to stop forthwith the online streaming and remove all connected content of the web series, titled: Modi: Journey of common man, till further orders in terms of the aforesaid order". The Commission said that a compliance report be sent immediately on its orders. Earlier, the Commission had stalled the release of biopic, citing violation of the Model Code of Conduct.However, the producers had appealed to the Supreme Court, which directed the EC to watch the film and come out with its response and the matter will be taken up on April 22.