Economy expenditure shoots up in closing month of FY: Assocham 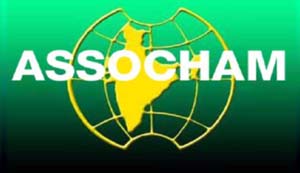 New Delhi, Expenditure in Indian economy peaked in March quite sharply as compared to previous month of February and succeeding month of April, with the exception of the new payment kid on the block - mobile wallets, an ASSOCHAM paper noted. Be it the RTGS, paper clearing, retail electronic clearing or NEFT, most of these indicators on the RBI's governed payment systems showed that expenditure transactions peaked in March 2018 as compared to February or April, both in terms of volume as also value. Even mobile banking or online banking showed a similar trend while the mobile wallets - which account for small portion of expenditure economy because of regulatory issues, were conspicuous by their divergent trend, as per the RBI data, analysed by the Assocham research team. The RTGS, the largest Payment System Indicator of the RBI witnessed a jump in the number of transactions from 10.63 million in February to 12.69 million only to return to 10.66 million in April 2018. In value terms, the figure went up from Rs 114,123 billion to Rs 158,779 to return to Rs 120,758 billion for these months in that order. For the retail electronic clearing, while the volume transactions did not follow the trend, in value terms, the payment went up from Rs 16,678 billion in February to Rs 24,901 billion in March and Rs 18,589 billion in April. “Despite advancement of the Budget from end of February to beginning of that month, the governments, both the Centre and States, tend to bunch the expenditure for March, the closing month of the financial year. In the process, the private sector too follows the pattern, as the state being the largest spender has a spin off effect on the expenditure pattern” ASSOCHAM Secretary General DS Rawat said. He said, bunching of expenditure does impact the quality of expenditure, though there has been some change in the mind set. “Ideally, the expenditure on the government projects both revenue and capital, should be front-loaded so that the lag gets reduced to have a positive effect on the economic growth.” For m-wallets, the trend line was different. It reached a high of Rs 131 billion in February and dropped to Rs 100 billion in March and then recovered to Rs 117 billion in April.